Google Analytics 4 Changes - What Are The Changes That Are Happening?

If you have a steady stream of customers purchasing from your website, it's not likely that you've stopped to wonder where they're coming from. However, a good marketer always tracks where their customers are coming from so that they can understand the steps needed to make a purchase.

You might have noticed that over the last few years the marketing landscape has changed. As a part of this change, customers are now using multiple platforms to check you out before purchasing from you.

2 years ago Google introduced Google Analytics 4, its latest iteration of its popular analytics tool, which is flexible enough to measure all different kinds of data from both web and apps.

As a part of this roll-out, Google has set a date from which the previous version of Analytics will stop working, July 1st 2023. Given this time frame, we have developed this post to help you understand the differences between the two versions of Analytics so that you can start using it to its full potential.

Google Analytics 4 was developed around your key objectives and making sure you measure what's important to your business, not just some abstract metrics.

So let's take a look at some of the ways it has achieved this. 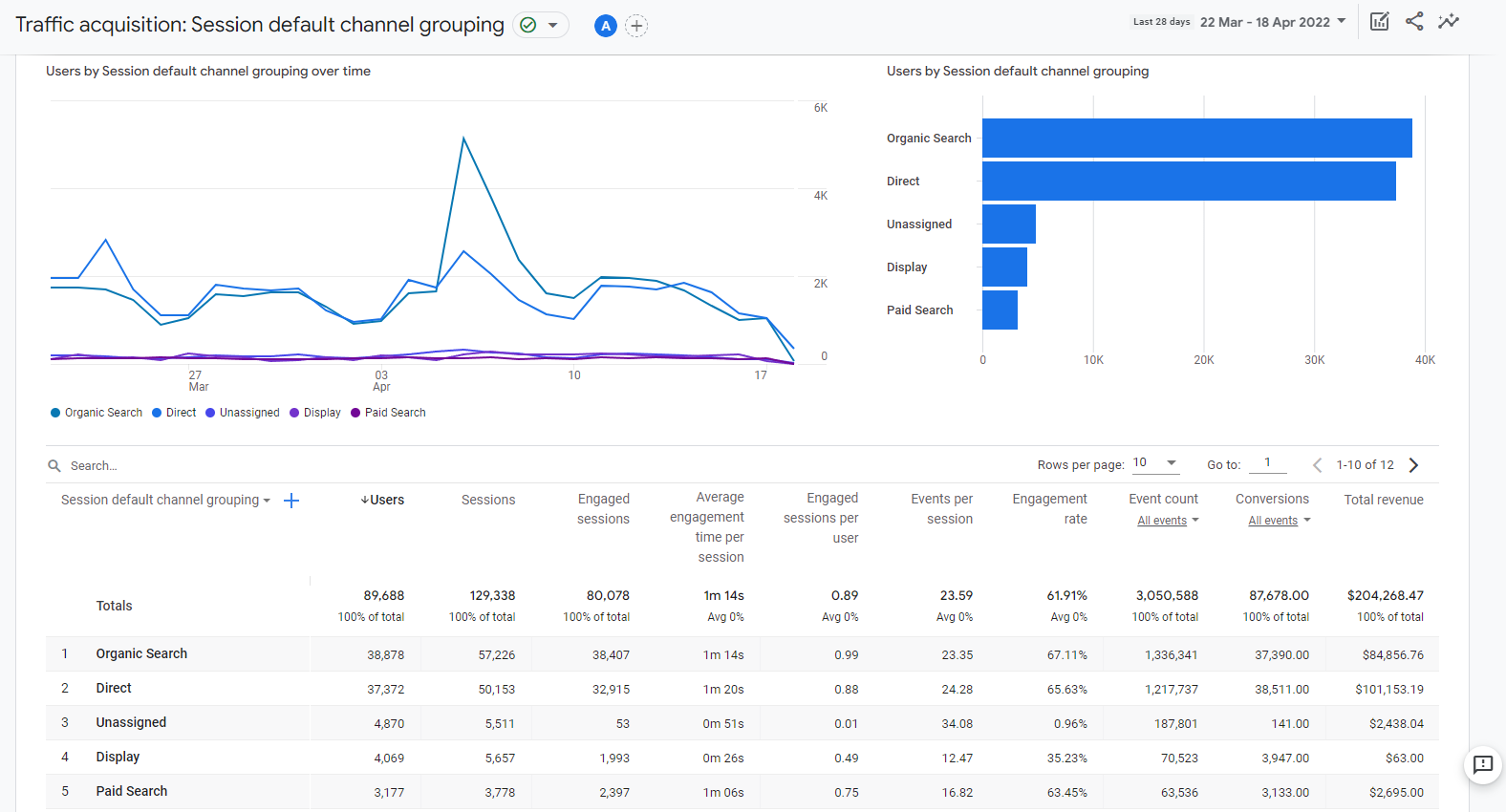 The previous version of analytics was organised into independent sessions, meaning the data became fragmented, either by session or by the platform being measured.

However, Google Analytics 4 is able to track data across different platforms and sessions, meaning a user who looks at your website and then goes on to use your app is tracked as a single user, rather than 2.

If you're wondering what this means for you, just think about all the different areas you can track to see where people are dropping off your sales funnel.

Increase the value of your data

Rather than just seeing historical insights into how users have previously interacted with you, you can now use predictive insights to see the future actions they are likely to take.

While you might be thinking "Well, either they will, or they won't purchase, how am I meant to do anything other than wait and see?", what you can do is market to these users so that you can influence them along the way. This is known as re-marketing, and fits well with tools such as Google Ads.

Rather than using predefined reports that might not cover your needs, you instead can see overview reports. If you then want to dig deeper into the data you can simply click on the summary.

One key thing with the previous version of Google Analytics was metrics such as bounce rate. Although they were useful, these have been removed.

Taking the bounce rate as an example, if someone visited your site, read the full page (which involved scrolling), and left - that would be a bounce. In Google Analytics 4, events such as "scroll", "user_engagement" and "page_view" are standard and all recorded, giving a more accurate picture of your user's activity.

You can take this further by including e-commerce data to see how many visitors start the check out process and abandon their cart, or view an item without purchasing, giving you a powerful insight to your user's actions.

Getting started with Google Analytics 4

If we've managed to convince you that Google Analytics 4 is the way forward, but you're not sure where to go next, never fear, we're here to help you.

Help me with Google Analytics 4

Just don't forget, you need to switch to the new version before July 1st 2023. It's a good idea to do this sooner rather than later so you have historic data ready for comparisons. It's even possible to have the two versions running side-by-side until you're fully switched over.